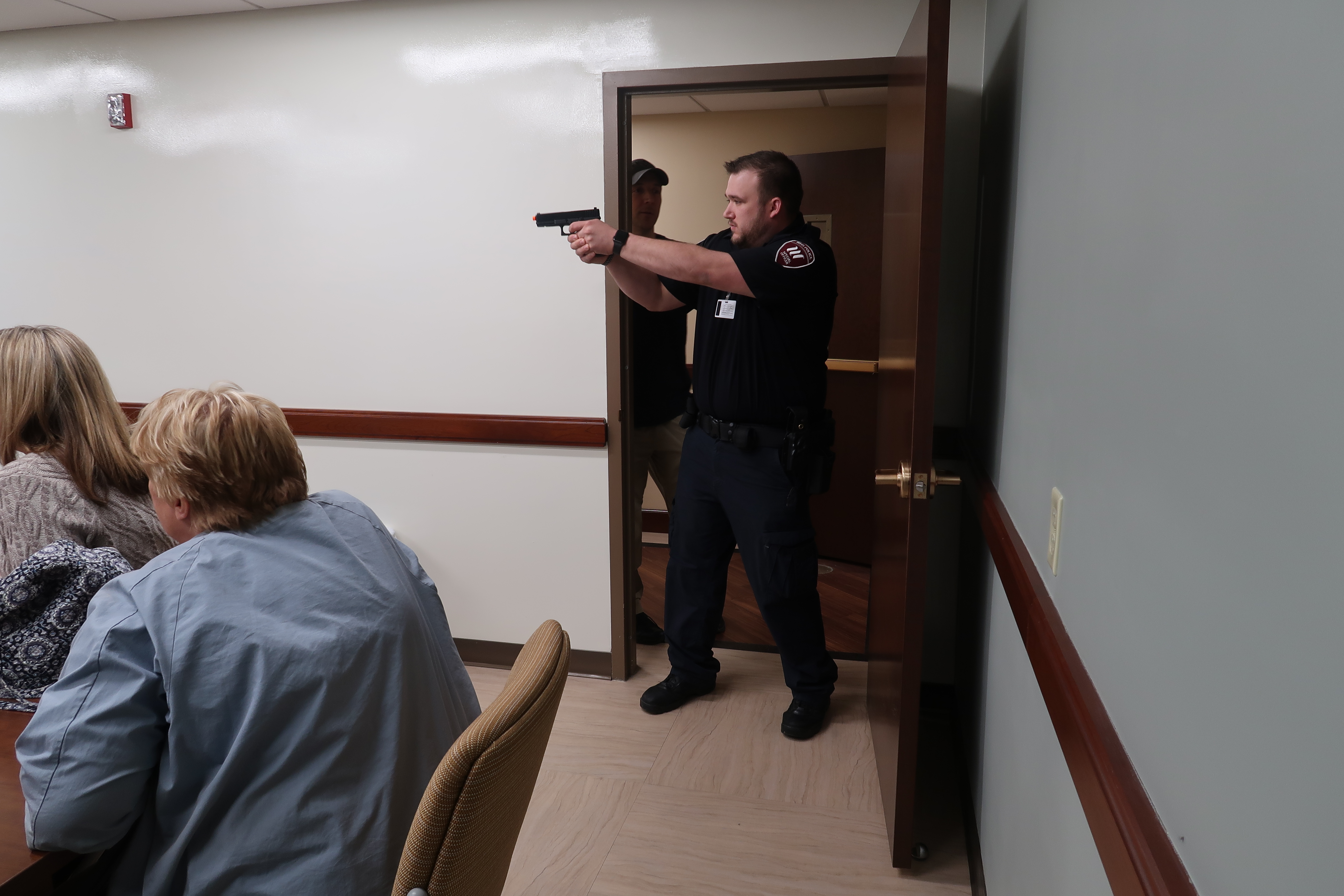 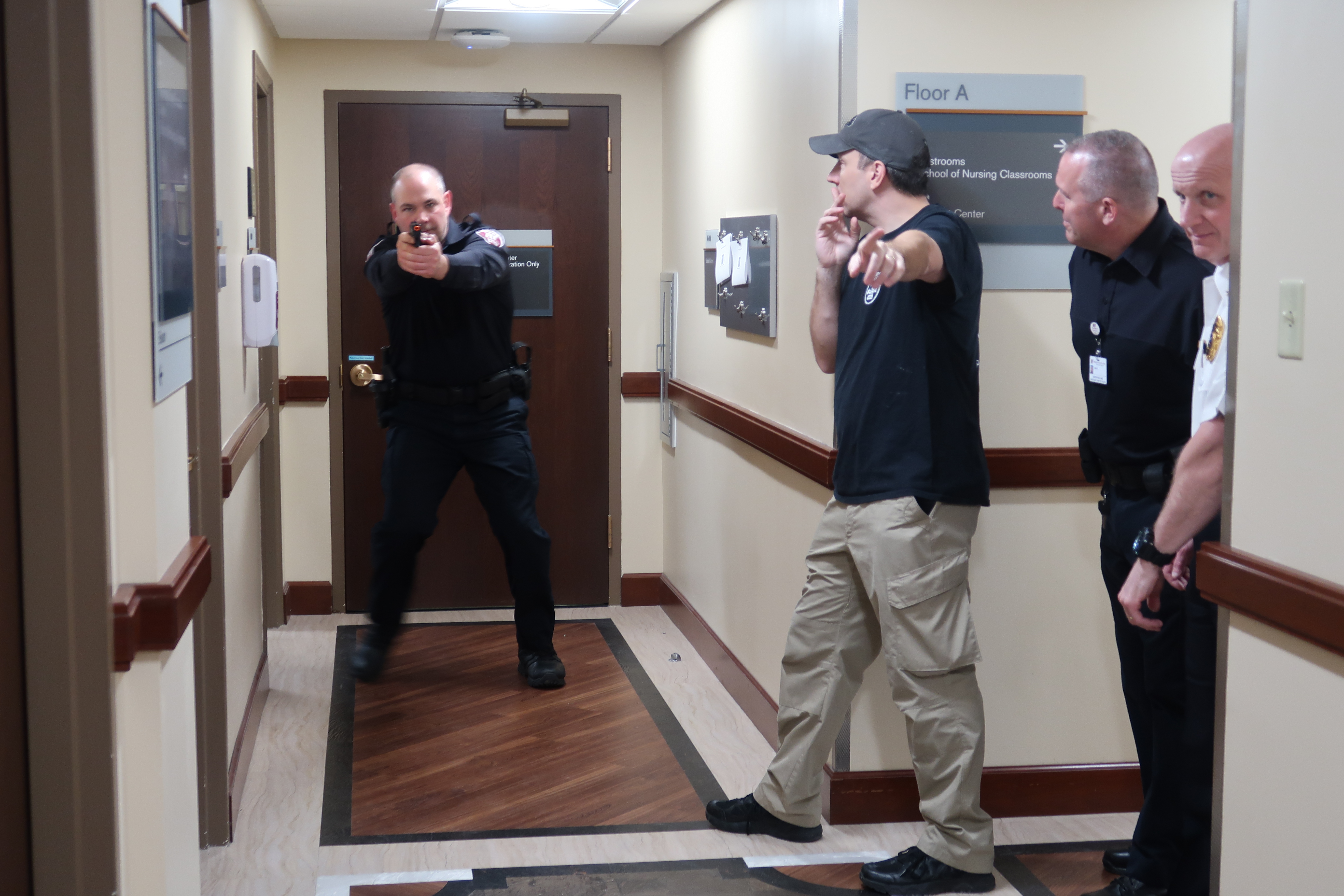 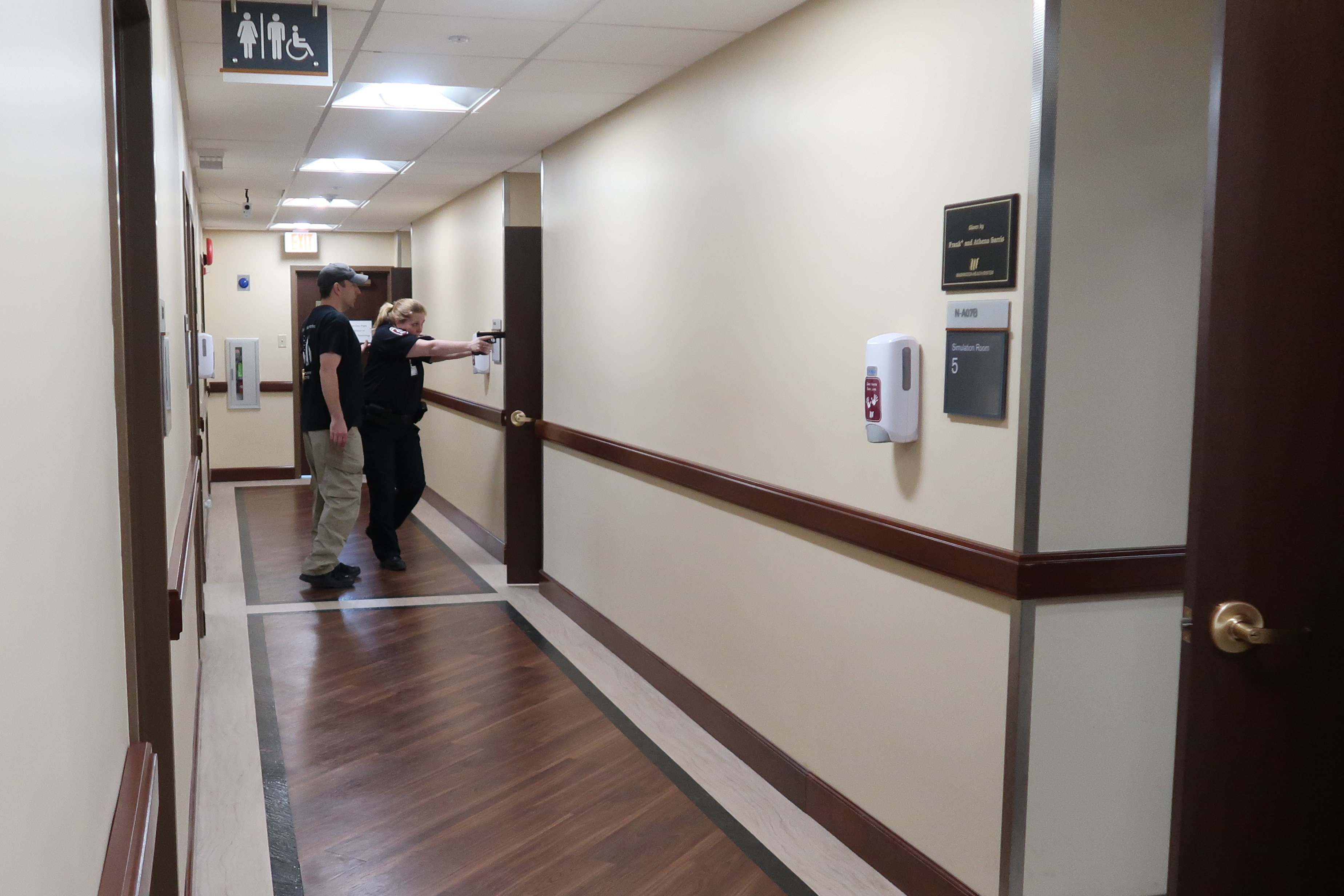 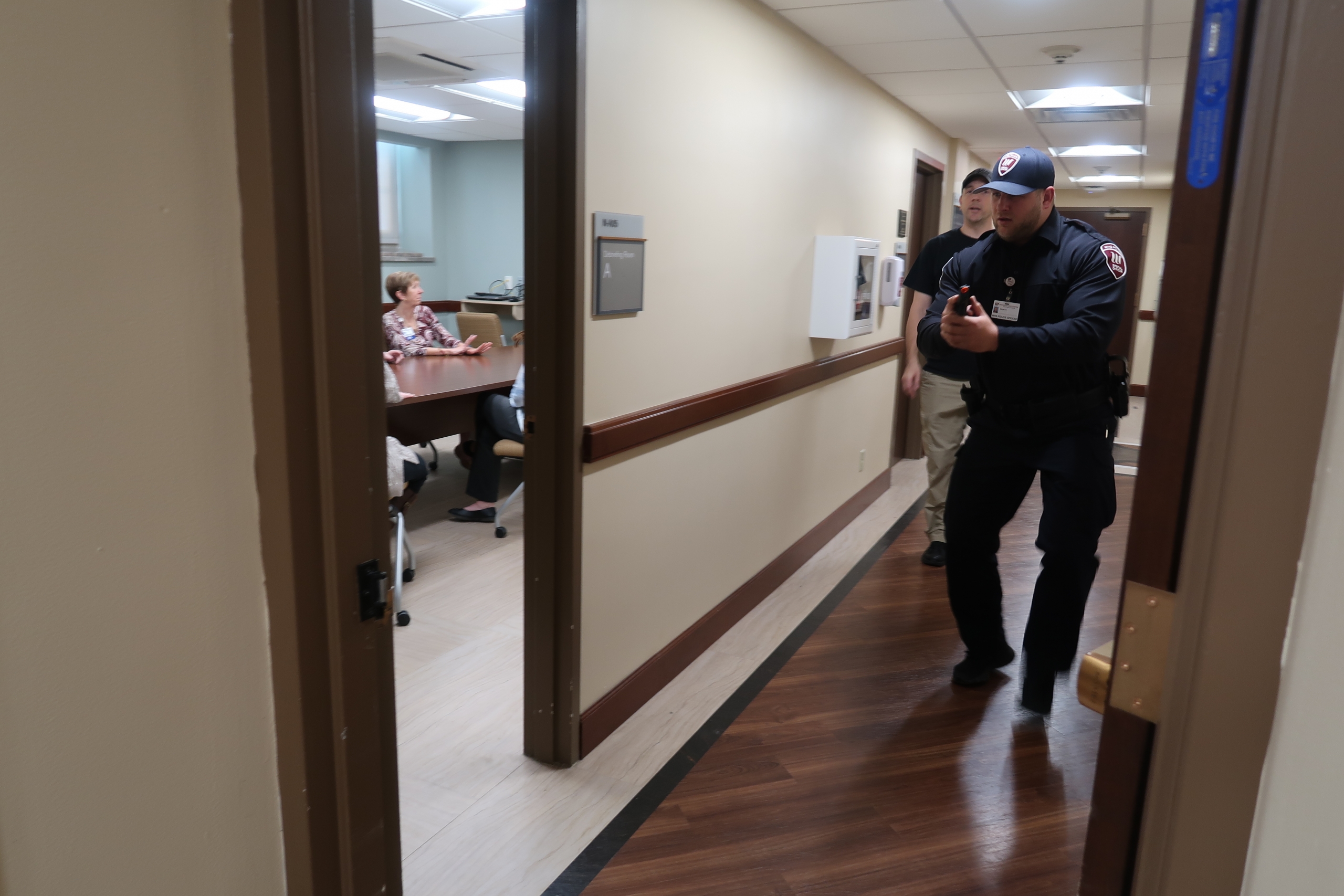 At Washington Health System (WHS), the safety of our patients, family members and staff is a top priority.  Approximately two years ago, WHS Washington Hospital made a safety commitment to our community and elevated the level of our onsite security to a police department.

Throughout the day, the officers were instructed by Officer Todd Foreman, the City’s SWAT instructor, active shooter instructor and firearms instructor.   The training was conducted on the lower floor of the WHS School of Nursing building known as the Rice Energy Family Simulation Center. After some in-classroom instruction, each officer, was tasked with putting their knowledge to the test. One-by-one they were instructed to hastily sweep through each classroom of the Simulation Center. In some rooms, they were faced with a live action, mock active shooter situation in which they could practice their techniques and critical thinking skills.  Approximately ten WHS staff members, from various departments, volunteered to play a role in these live action scenarios.

This training day also included the use of WHS’s MILO System, a virtual reality simulation tool installed within the Rice Energy Family Simulation Center. This simulation room has been a true asset for training our WHS police officers as well as other local police departments.

During and after each simulation (live action and virtual), Officer Foreman was able to debrief and provide each officer with tips on how to improve. “This is important because if we find ourselves in a real situation, we want to go in mentally knowing we are prepared. Not second guessing our technique,” said Mark Pompe, Assistant Chief of Police at WHS.

In response to the ever increasing public threat of these types of situations, police training continues to evolve across the nation. Previously, officers were taught to wait for backup before entering a building with a threat inside. Over the years, after multiple school and office building shootings, police realized that they were losing critical time in which lives could be saved.  Today, during an active shooter incident, officers are trained to respond directly to the threat and not wait for other responding officers. This often means that only one or two officers will be the first on the scene and moving towards the threat.

The WHS Police Department has a staff of 14 officers and is directed by Bernie Merrick, Chief of Police at WHS. Chief Merrick has a Master’s Degree in Intelligence and a Bachelor’s in Public Administration. He has over 20 years of experience in law enforcement as a director and/or chief. In his previous positions, Bernie coordinated active shooter and other police trainings. He is also a certified firearms training simulation instructor.

“The officers not only learned new techniques and built their confidence, it was also a great team building exercise for them,” said Chief Merrick. “This is part of an ongoing effort to train the WHS Police so that they are prepared to first – prevent incidents from occurring and second – if an incident were to occur, they can address it quickly and professionally.”

Chief Merrick also added, “I want to thank Chief Wilson, Officer Todd Foreman and the City Police for their continued partnership and dedication to the safety of our community.”