Resident of the Month – November

Resident of the Month – November 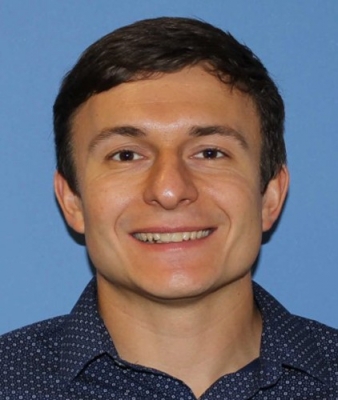 Dr. Jason Snavely is currently a second year Family Medicine resident at the Washington Health System. He was born and raised in the farmlands of Lancaster County, PA. He attended Millersville University studying Molecular Biology and Biochemistry. Afterwards, he enrolled in Penn State College of Medicine before moving to Washington for his residency. Jason is married to Laurie, a physical therapist, who also works at the hospital, and they have a son, Bennett. When he isn’t studying, Jason enjoys spending time with his family, gardening, reading, and fixing things.

With November being Lung Cancer Awareness, it is a good time to remind us of the risk factors for developing lung cancer. Lung cancer is the number one cause of cancer death in men and women, and the second most common diagnosed cancer. After increasing for decades, lung cancer rates are finally decreasing nationally, as fewer people smoke cigarettes.

Cigarette smoking is the number one risk factor for lung cancer. In the United States, cigarette smoking is linked to about 80% to 90% of lung cancers. Using other tobacco products such as cigars, pipes, and possibly electronic vaporizers also increases the risk for lung cancer. Tobacco smoke is a toxic mix of more than 7,000 chemicals, and many are poisons. At least 70 of these chemicals are known to cause cancer in people and/or animals.

People who smoke cigarettes are 15 to 30 times more likely to get lung cancer or die from lung cancer than people who do not smoke. Even smoking a few cigarettes a day or smoking occasionally increases the risk of lung cancer. The more years a person smokes and the more cigarettes smoked each day, the more that person’s risk goes up. Even people inhaling secondhand smoke, such as the spouses or children of those who smoke, have an increased risk for developing lung cancer.

Another risk factor for lung cancer is radon gas, which is found in the basement of some homes. The EPA recommends testing homes for radon gas. Other substances such as: asbestos, arsenic, silica, and chromium have also been linked to lung cancer.

Your family doctor is a great resource with whom you can discuss your risk of lung cancer and who can help reduce this risk. If you do smoke, they can also help you quit smoking. Advice from your family physician and/or a health coach can aid you in your journey of developing a healthy lifestyle and improving your quality of life.